Just open a Bet365 account today and make a deposit http://abonuscode.co.uk Make a deposit of £10-£200 and then enter the 10-digit bonus code

DEPARTMENTAL GOVERNMENT AND THE ARMED FORCE HAVE DELIVERED PARKS IN NATANIA, TABLITAS, ROCK HOLE AND SANTANA

· During this project, started in 2018, remodeling and delivery were made in areas such as Natania´s 5th and 2nd district, Obrero Neighborhood, Hill, Barrack, Hoophie, Barkers Hill, Tablitas, Rock Hole, Santana, and Los Amigos.

After an articulated work between the Departmental Government, Air Force and Navy; on Sunday, February 10, was the delivery of five parks which is located in various sectors of the island by completing the established goal of remodeling a total of 14 recreational settings for children and teenagers.

With music, recreation and the accompaniment of the Governor in charge, Juan Francisco Herrera Leal, secretaries of office, commanders of the National Navy and the Caribbean Air Force Group and members of the community, the works were delivered, which were used by children for the first time, who said they were happy, since they have remodeled spaces for their healthy recreation.

"We have managed to inaugurate the last five parks today, closing in Natania´s 2nd district. We started the day at the Cesar Gaviria Park in Tablitas, followed by Rock Hole, two parks in Santana and one in Los Amigos neighborhood. In Natania we delivered the fifth park and it gives me great satisfaction to see the happy children. They are simple works to recover, the investment is very small, compared to the benefit the children will have; how to take advantage of a form of recreation which is so important in order for them to socialize between themselves. To be able to enjoy with them today is very important for the entire Government, the secretaries, who have made a presence, and the military forces with the National Police, in an integration that sends a message to the community that the public force, Local Government and other entities are united in favor of children,"said Governor (e) Juan Francisco Herrera Leal.

For the presidents of the various Community Action Boards, having settings for children to entertain, is the opportunity to keep young children away from bad companies and activities that are not beneficial for their social development. This was stated by Hector De Oro Ortiz, president of the Community Action Board of the Natania´s 2nd second district.

"We are very grateful to the Governor and the Military Forces. It is wonderful to have the recovery of the park since it has been for the enjoyment of the children. Before we use to observed people spending their time doing wrong or drinking, today we see a space for children. At this park you see children from Natania´s School, kindergartens, children from the sector go and play, the number of children who benefit is vast,"said the president of the Community Action Board of the sector.

During this project, which started in 2018, remodeling and delivery were made in areas such as Natania´s 2nd and 5th district, Obrero neighborhood, Hill, Barrack, Hophie, Barkers Hill, Tablitas, Rock Hole, Santana, and Los Amigos.

The intervention of the recreation spaces was led through the Infrastructure Secretariat and the workforce was in charge of the personnel of the living forces of the Department, which allowed to work in a coordinated and fast way for the fulfillment of the goal and the successful completion of the project. It is estimated that each of the constructed parks, benefits around 150 children in their respective localities, positively impacting the dynamics of each sector.

The Government of San Andres, Providence and Kethleena, reaffirm their commitment to the community, especially with children, contributing to the improvement of well-being and quality of life. 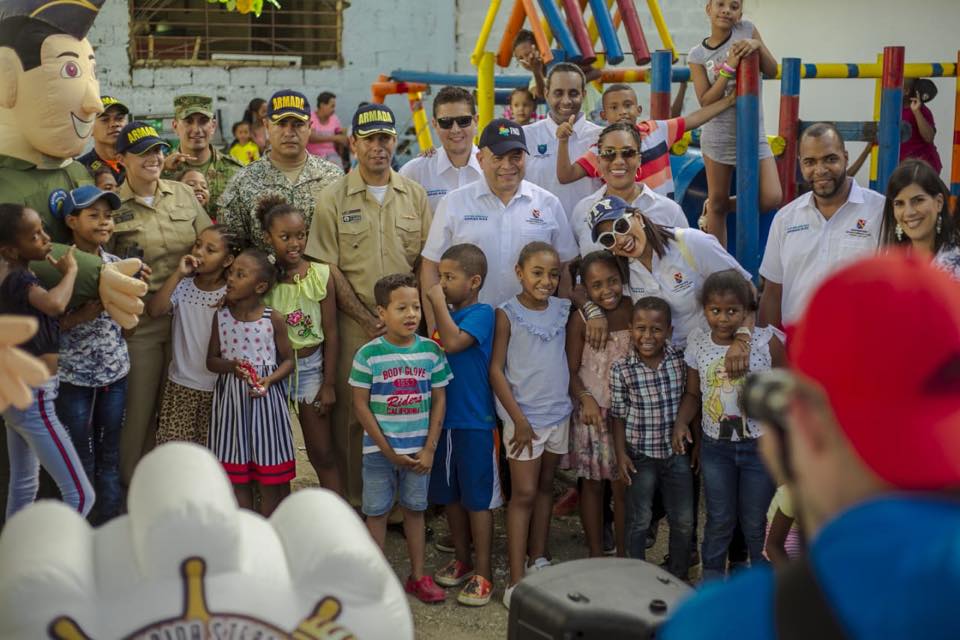